Blockchain has hit a stumbling block, but there is a better way

The seemingly infinite potential of blockchain technology to transform a variety of industries has long been heralded. But before you buy into the hype, it’s important to understand what blockchain can and can’t do – and carefully consider which of your business’ problems a blockchain ‘solution’ would actually solve.

To begin with, we need to be clear on what we’re talking about when we talk about blockchain – because while many people link blockchain with Bitcoin, and often use the terms interchangeably, they’re not the same thing. 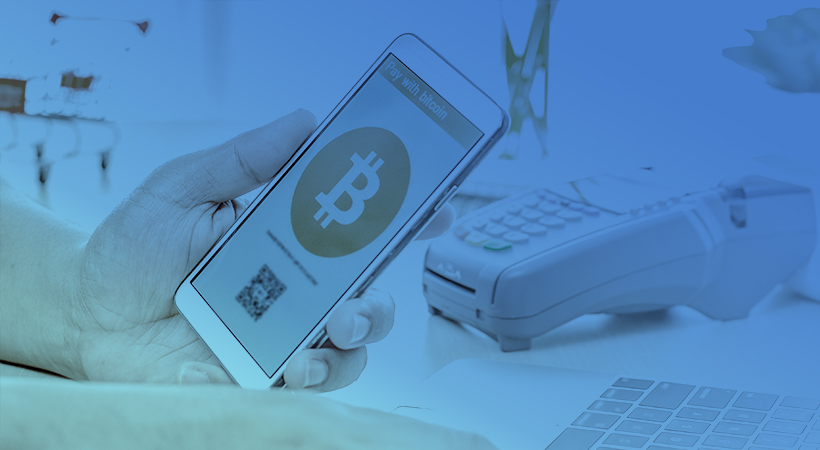 Essentially, a blockchain is a type of database where information is stored in chronological order across a network. Data is stored in blocks that are then chained together; as new data is entered, a fresh block in the chain is created.

Crucially, every device – or ‘node’ – on the network has access to a full record of the data stored on the blockchain since its inception.

The most famous use of blockchain technology is Bitcoin, introduced in the white paper Bitcoin: A Peer-to-Peer Electronic Cash System, published under the pseudonym Satoshi Nakamoto. Proposing Bitcoin as a cryptography-based currency that could avoid the pitfalls of a financial system controlled by central institutions, ‘Nakamoto’ wrote: “We have proposed a system for electronic transactions without relying on trust.”

When a Bitcoin user makes a transaction, their unique ‘public key’ is recorded on the blockchain in place of their personal identifying information. Initially used by a small group of cryptographers and hobbyists in 2009, Bitcoin gained popularity as the confidentiality it offered appealed to users of darknet marketplaces like the infamous Silk Road. Bitcoin has continued to gain widespread acceptance and adoption, along with rival cryptocurrencies like Litecoin and Peercoin.

But while blockchain is the underlying concept that enables the existence of cryptocurrencies like Bitcoin, it’s not limited to this use. A blockchain can be used to store information like contracts, voting records, medical histories, product and asset inventories – essentially any type of data you can think of can be entered into a blockchain.

The drawbacks of blockchain

Aside from the common concern that storing and replicating data throughout the chain can slow transactions to a crawl as more and more nodes are added to a network, limiting scalability, the nature of blockchain technology also leads to privacy concerns.

All transactions are visible on a blockchain. This is the first and most important protocol of a public blockchain, and how the technology attempts to prevent the corruption of data. Everybody on the network has access to the same public database, and everyone can see everything.

This might be ideal for verifying transactions made using a cryptocurrency, but for other possible uses of blockchain technology, it’s a stumbling block. There is such a thing as being too open, and excess transparency is a potential downside – the idea of medical records or confidential business agreements, for instance, being viewable by everyone on a public blockchain raises serious red flags for privacy, and even storing this type of data on a private blockchain doesn’t preclude the possibility of a cyber-attacker gaining access to your network.

The second most important element of a public blockchain is the consensus algorithm, which ensures that all copies of the distributed ledger remain the same. Essentially, if a change is made to the ledger by one node, but this change isn’t reflected by the majority of the nodes on the network, then the change would be corrected and the truth decided on a majority-rules basis.

But this, too, is vulnerable to a noteworthy security flaw. If more than half of the nodes on the network tell the same lie, then the lie becomes the truth. In other words, if a malicious party was able to control 51 per cent or more of the nodes on a network, they could gain the ability to rewrite or alter the supposedly immutable blockchain record, and prevent new blocks from being added to the chain.

This is called a ‘51 per cent attack’, and was highlighted by Satoshi Nakatomo as a potential flaw when Bitcoin was launched. It’s not entirely hypothetical, either – 51 per cent attacks have been deployed against numerous cryptocurrencies, resulting in millions of dollars being stolen.

And while blockchain was the first technology to effectively track the movement and transactions of products based on cryptographically unique codes, it does little to counteract the creation of imitation products with a copy of their genuine code – leaving companies employing blockchain as a means of quality assurance open to the threat of counterfeiting.

Overcoming the limitations of blockchain

The answer to these problems lies in the next generation of cryptographic platforms.

For example, at Cryptoloc we use cryptographers, mathematicians, data scientists and software developers who put privacy first. Eschewing the anonymity that initially gave blockchain its notoriety, Cryptoloc ensures that all users are verified to the same standards as the banking industry.

Our patented technology combines three different encryption algorithms into one unique multilayer process that can be deployed across a wide range of applications, including file storage and document management. It’s why Forbes named us one of the 20 best cybersecurity companies to watch in 2020.

Cryptoloc’s ISO-certified technology also enables developers to build virtually any product in a completely secure environment. Each piece of data is assigned its own separate audit trail, and every user and action is verified and accounted for. So unlike a public blockchain, data can only be viewed by the user and the people to whom they specifically choose to grant access, and the user can keep track of when the data was accessed and where it was accessed from.

Similarly, Cryptoloc’s anti-counterfeiting and quality assurance product, Cryptoloc QA, puts control of a brand back in the hands of its producers, generating a unique code that can be applied to virtually any item and eliminating revenue opportunities for imitators. While blockchain technology cannot stop or monitor counterfeiters using copies of their codes, Cryptoloc QA alerts producers whenever a duplicated code is detected so they can take immediate action.

In launching Bitcoin, Satoshi Nakamoto proposed a system “without relying on trust” – but with Cryptoloc, the core values of trust, control and authenticity have been given priority, making it the superior choice for users seeking to minimise risk and maximise safety and security.